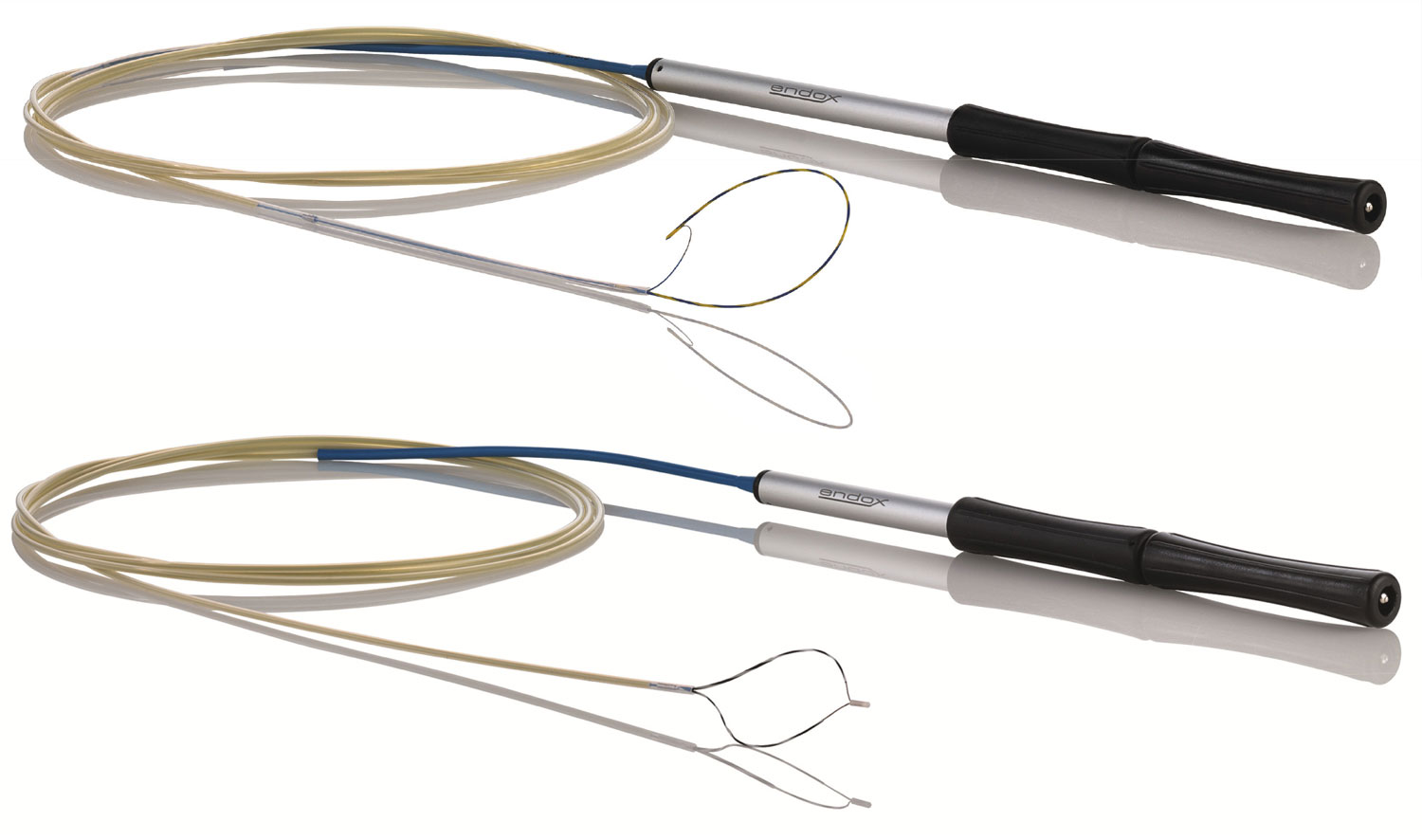 The „Flat Adenoma Resection Instrument (FARIn)“ was developed to treat especially large polyp-like and flat lesions > 2 cm bis ca. 4 cm en bloc near the muscularis propria and with low mechanical and thermal artifacts in a short time (pure resection time without marking, re-injection and cutting, < 1 min.) to be able to resect. 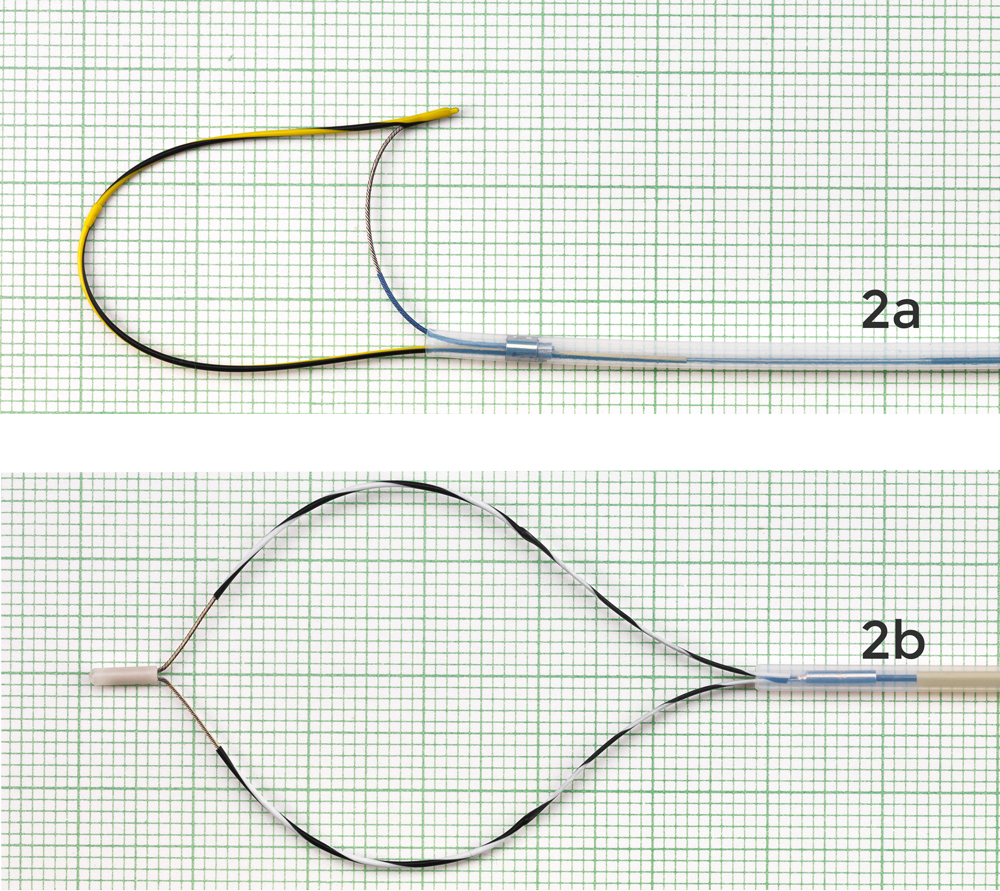 1. The effector or the sling must not be exposed to the organ wall is pressed. A cut in the direction of the organ wall or muscularis propria can be used with the asymmetrical sling thanks to the electrical insulation of and the spur, and with the symmetrical sling thanks to the electrical insulation of the loop sections and the electrically insulated skid not possible if used as intended. The cut can be made plane-parallel to the muscularis propria. After injection of the lesion and swelling of Submucosa can be found there, and of course only there, where the shape of the organ wall or Muscularis propria is suitable for this, e.g. stomach, rectum, caecum, the incision below the sm1. The symmetrical effector can also be used depending on the localization, size and morphology of the lesion can also be applied in the colon.

2. Probably less thermal and/or mechanical artifacts in the resectate-side submucosa than in ESD

3. Thanks to the short cutting wire, only a low HF current is required, especially during the gating phase. There is no dangerous delay of the incision and consequently no thermal damage to the organ wall.

4. Since the length of the effective cutting wire of both the asymmetrical and symmetrical effectors remains constant at 1.5 cm during the entire cut, a constant cut quality can be achieved over the entire cut surface.

5. There is no uncontrolled cut due to spring elastic relaxation of the resection loop, which is unavoidable with conventional polypectomy loops.

7. The reproducibility of the HF-surgical parameters (settings on HF-surgical units) is ensured thanks to the FARIn models, which are already available and will be available in the future, and thanks to a standardized and constant length of the cutting wire (1.5 cm) for all models.

8. The novel manipulation handle enables precise opening and closing as well as manipulation of the effector in axial and rotational direction. 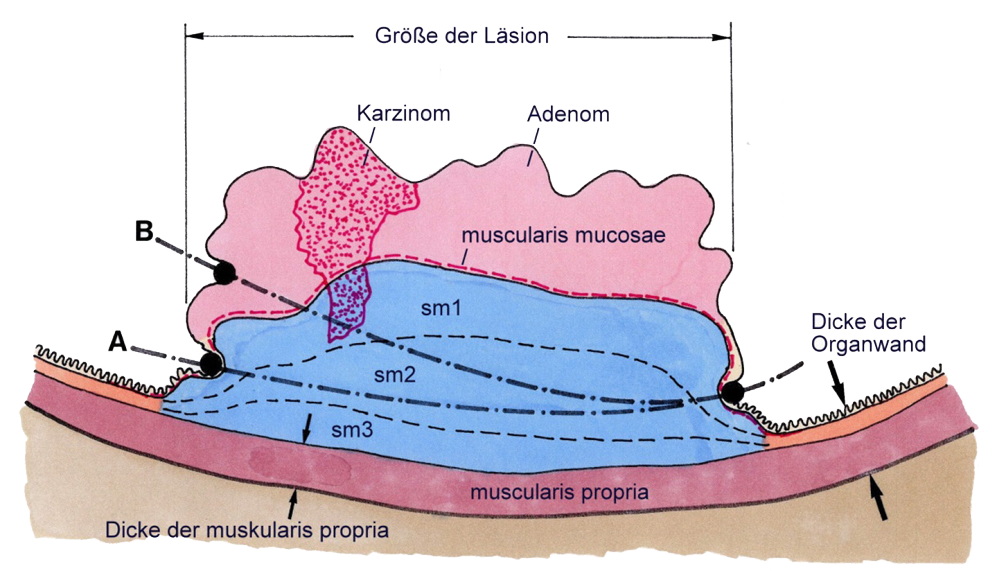 + Histopathology of a resectate resected with the FARIn 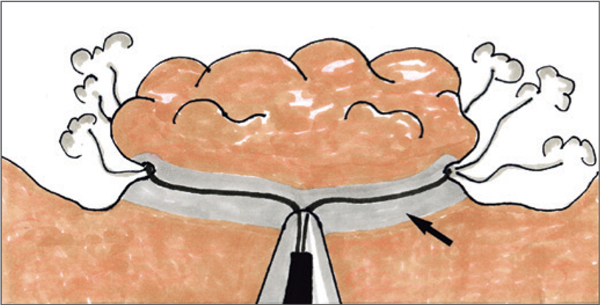 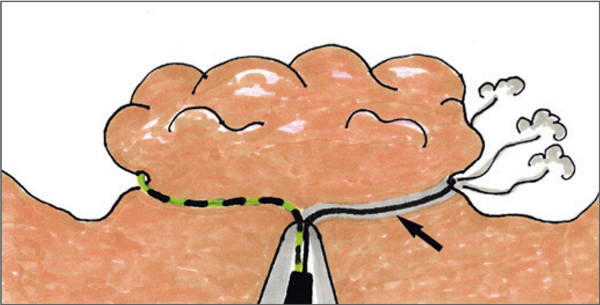 When using ENDOx resection loops, the incision delay is relatively short even on large polyps (> 1 cm) and consequently the thermal tissue damage (coagulation plus adjacent devitalization zones) is relatively small and not deep (see arrow). 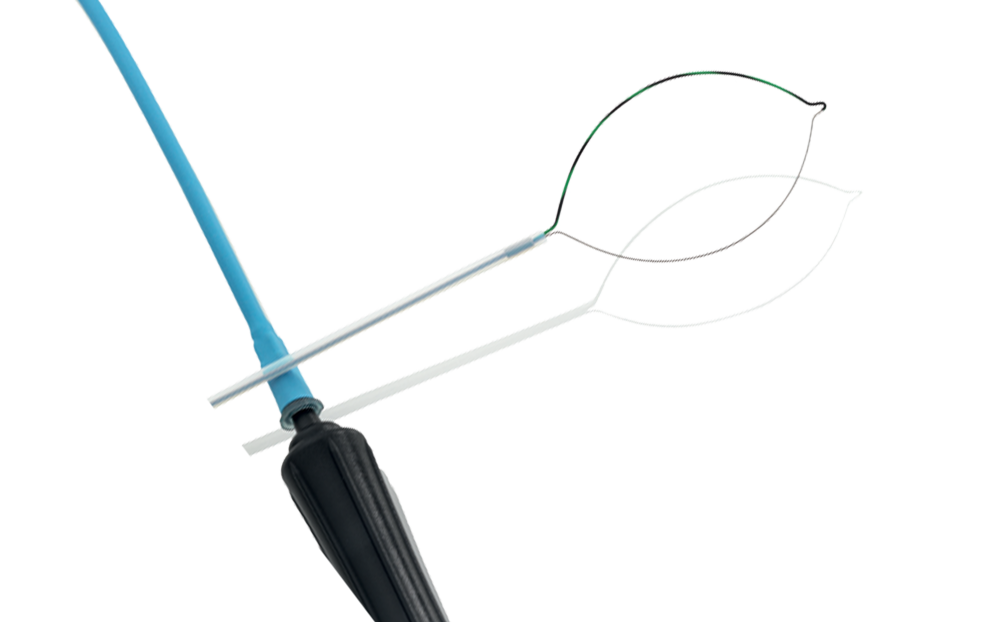 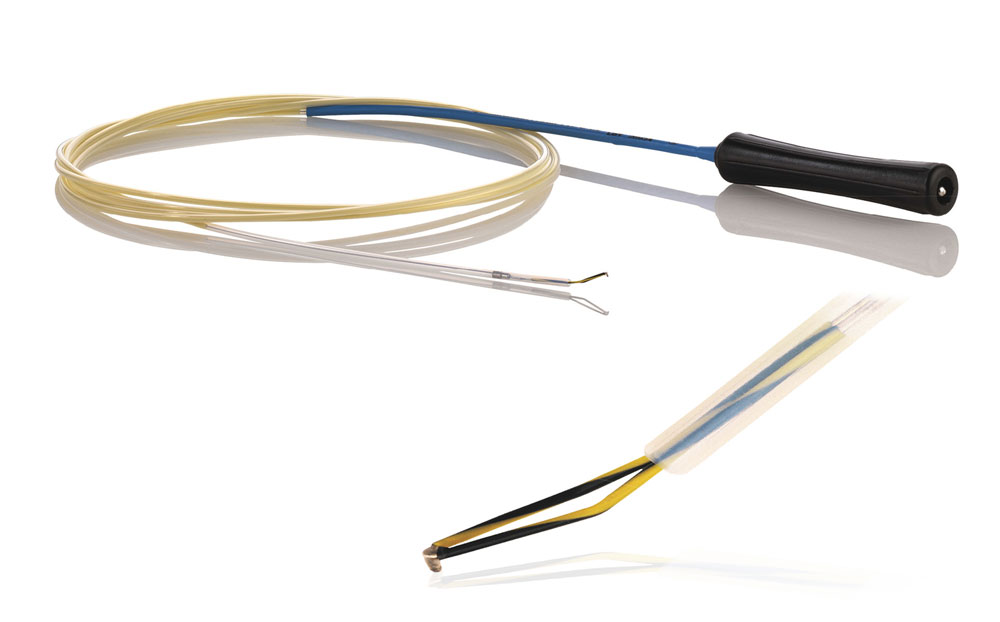 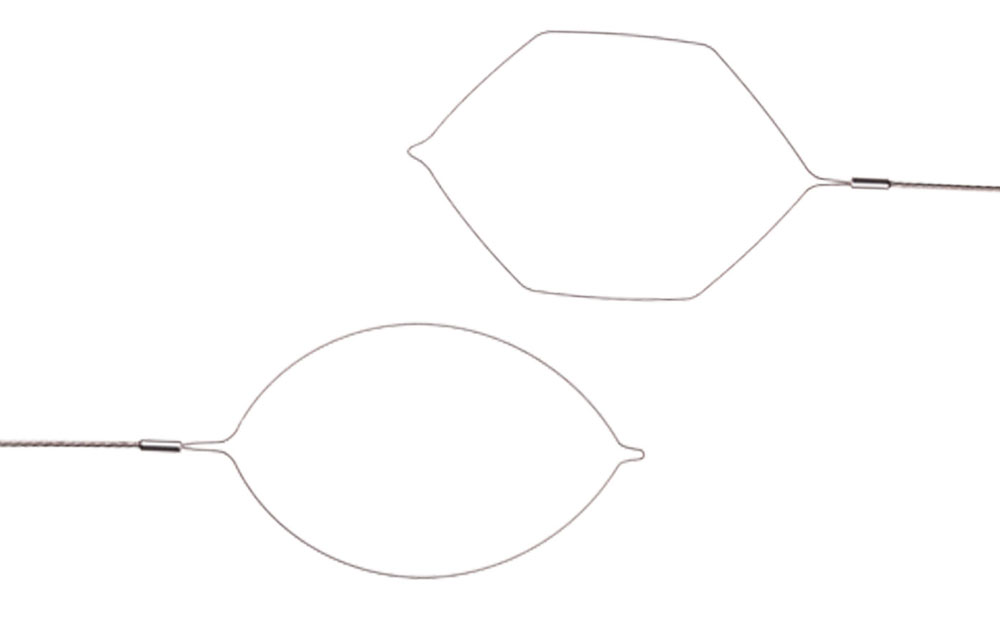